This is the first post in a series of articles which will explore web-design’s influences on SEO (I later published a second part to this post, find it here). Through this story we will examine partially design-oriented Google updates which impacted SEO, how SEO-friendly site-builds have shifted, SEO-design best practices and more

Search Engine Optimisation and web-design can often seem as if they are disconnected, or diametrically opposed forces – but the truth is that they go hand in hand. To say the least, these disciplines have significant overlap (such as the obvious overlap between design’s UX and SEO’s CRO / Conversion-Rate Optimisation)

Going back 7-10 years, SEO was a simple job. You could hire a single employee to run automated tasks which resulted in higher rankings on Google. Though this was true; Google (understandably) wanted to supply their search users with the best content, not necessarily with a list of websites which had the best SEO. As such, simple tweaks (such as Meta keyword stuffing and cloaked content) fell out of favour. Google wanted to unify their algorithm’s perceptions of a web-page, with their search user’s expectations of ‘good content’

Meta keywords were discounted from Google’s ranking algorithm(s). Backlink quality was suddenly a factor, rather than simple backlink volumes. Some backlinks started to supply negative SEO-equity if they weren’t up to scratch. If an H1 tag wasn’t rendered prominently on a web-page it was discounted. SEO became less about manipulating Google’s algorithms, and more about matching Google’s philosophy of quality content

SEO also started to become more compromised. If the previously invisibly tweaked elements had to become more visible (for users), how could SEOs achieve the same level of optimisation? Quite quickly agencies and in-house teams alike began to adopt a 360 view of SEO, and how SEO fit into their wider web / digital vision

It was no longer possible for SEO to sit back as a siloed service. Since SEO was impacted by proper editorial Digital PR and design, SEO had to become a guiding force to achieve greater results. These changes started to take hold in 2009 and were largely cemented by 2015

So how does design influence and impact SEO?

Let’s journey back to 2009. Matt Cutts (then head of Google’s anti-spam team) confirmed that the Meta keywords tag had no impact on search rankings

Rapidly, Google began devaluing invisible or easy to manipulate ranking signals. The web is plastered with a litany of articles telling this story

In 2010, the first of Google’s major search-engine shake-ups occurred (in terms of algorithm alterations). This update became known as the Mayday update:

This was a major shake-up which affected many long-tail SEO queries. It became harder for websites to rank simply based on their volume of pages, or ranking footprint. The quality over quantity motif from Google was reinforced. Prior updates like Caffeine had been noticed by the SEO world, but Mayday was a game-changer

This was an algorithm alteration designed to detect and discredit ‘thin’ content. By this point, user-visible elements were in Google’s firing line. This is the paint at which many argue that design become more involved in the SEO process (as anything visible to users, even text, can be argued to fall under the design umbrella – to a degree)

Enter 2012; an update which would become known as ‘Penguin’ was introduced by Google

Earlier in 2012, Google had updated PLA (their ‘Page Layout Algorithm’)

This algorithm mainly focused on website ad-placements. In general Google PLA revolved around, how much screen real-estate was ad-oriented (on a website, above-the-fold). Sites which predominantly showcased ads above the fold (rather than user-helpful content) were demoted. By this point, Google’s teeth were well and truly lodged in the design-facets of ranked websites

From 2012 onwards, Google continued to roll out and enhance these updates (as well as further additions, such as Hummingbird in 2013). These algorithmic elements are still updated on a regular basis (though Google has veered away from single disruptive updates, to a more intravenous update schedule)

What We have Learned So Far

From 2009 onwards, Google was on a crusade to unify their ranking algorithm(s) with their vision of great content. Content is more than just text, it’s anything which a web-user can digest online (web-page layouts, images, videos etc). Because ‘winning content’ has design aspects, web-design became intrinsically intertwined with SEO best practices

Further to this, Google’s consumption of data became more complex. Content facets such as schema (and ‘under-the-hood’ structured data, disconnected from traditional Meta data) became more important. The fundamental build of websites which could better satisfy Google, shifted as a paradigm

Next time we’ll explore this in more detail. Which structured data and content facets should a site support in order to stay relevant on Google? Why are open-source CMS platforms like WordPress ahead of the curve for SEO? 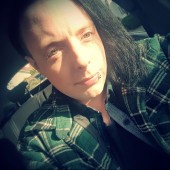